The information for today's meditation is below.

Click Here to Get Directions on how to access the daily mediations on your iPhone or an Android.

The combination of New Moon, Solar Eclipse, and Mercury Retrograde energy creates a very powerful time to release. It is a time when there is a disappearance of all outer light as well as a container that creates a flow for a deep inner release. Surrender to the release to the new, the emptiness, and the unknown.

May you enjoy the surrender.
This cup was recorded in 2012, it is layered and gentle. 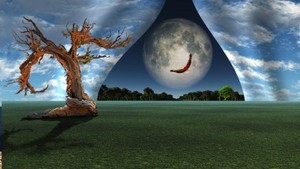 Eye of The Needle

We are getting compressed and pushing through a tiny hole.

Use today's cup to squeeze through the hole into more light.

Listen To A Sample